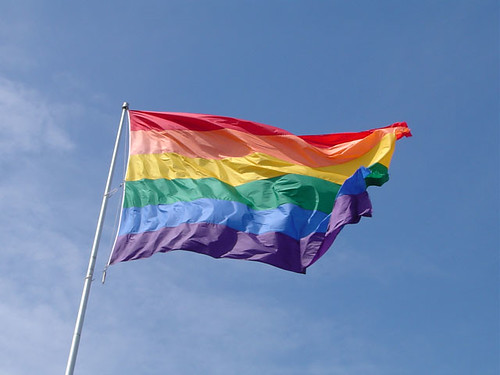 All of us at the IWHC offices in New York City are abuzz today as we celebrate the news that a federal judge in San Francisco struck down Proposition 8, California’s voter-approved ban on same-sex marriage.

“For a lot of my friends and people that I love, it’s a big step forward after so many years of waiting in limbo,” said Kelly Castagnaro, Director of Communications here at IWHC and a former San Francisco resident.

IWHC Senior Writer, Melanie Abrahams, from California’s San Fernando Valley echoed that sentiment saying, “Marriage is a human right—not something the public should be able to vote against for any particular group. Hearing this news changed my entire day and is going to change entire lives.”

The decision by Judge Walker included a strong condemnation of the discriminatory aspects of the ban:

“Proposition 8 fails to advance any rational basis in singling out gay men and lesbians for denial of a marriage license. Indeed the evidence shows Proposition 8 does nothing more than enshrine in the California constitution the notion that opposite sex couples are superior to same sex couples [emphasis added].”

We are elated over this historic decision, not only for the sake of the people of California, but people worldwide, who might find hope and encouragement in the possibility that this decision will have far-reaching influence for the advancement of human rights both in the United States and abroad.

Click here for a PDF with the full the decision (via).

Click here to learn more about IWHC’s work promoting and protecting human rights and sexuality around the world.

Forsaken Lives: The Harmful Impact of the Philippine Criminal Abortion Ban
In a Win for Women and Girls, the United Nations Recognizes Water and Sanitation as a Basic Human Right