What do environmental justice advocates and sexual and reproductive rights and health (SRRH) advocates have in common?

A lot, I can say with confidence after facilitating a recent training on population and the environment co-hosted by IWHC and the Sierra Club. 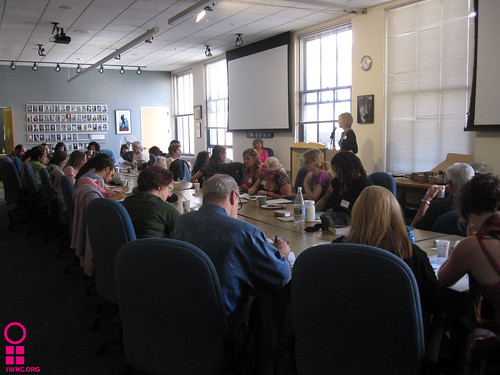 More than forty advocates and interested citizens came together in San Francisco last weekend to discuss the ties between sexual and reproductive health and rights and the environment. After two days of spirited discussions, presentations, and workshops, I left the training feeling incredibly hopeful about the possibilities for collaboration between these two dynamic and surprisingly similar communities. 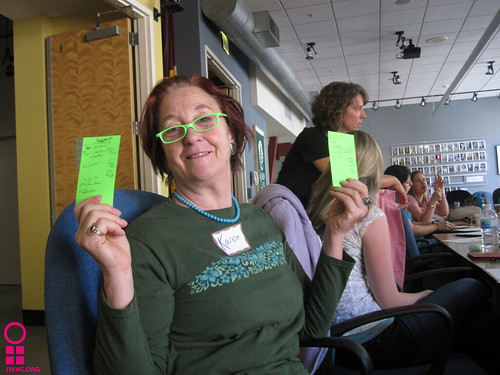 One of the most consistent themes brought up as a unifying factor between environmental justice advocates and SRRH advocates was the need to promote a rights-based agenda when discussing health and the environment. Kim Lovell, Conservation Organizer for the Sierra Club Global Population and Environment Program,  told a story about her study tour to India that illuminates the relationship between promoting the human rights of women and environmental health:

In India, I spoke with a small women’s self-help group. When asked what issues they are facing in their daily lives, they told us how heavy rains in unseasonable times had destroyed their rice crops. For many women, this food scarcity not only affected them, but their children, who depended on them for sustenance. At the same time, many of them had unmet need for sexual and reproductive healthcare, in that they lacked access to safe, affordable contraceptives, including emergency contraception and male and female condoms. So not only did they lack the tools necessary to reduce unwanted pregnancies, but they and their families were the most affected by climate change. It’s not just about those resources being there to help women have a choice about their family size, it’s about women having enough autonomy to obtain those resources, education about how to obtain them, a degree of power within their relationship to decide to use contraceptives, etc. AND, beyond that, it’s about women having alternate economic opportunities and the skills and education to support themselves when farming is affected by climate change.

Through stories and examples like these, participants began to solidify the important connections between population and environment. At their root, these are issues of justice and inequality, best addressed when looking at adaptation to climate change through increasing access to the core SRRH package (maternity care, contraception, safe abortion, prevention and treatment of sexually transmitted infections including HIV, together with comprehensive sexuality education and measures to mitigate violence against women), and promoting gender equality and sustainable development. 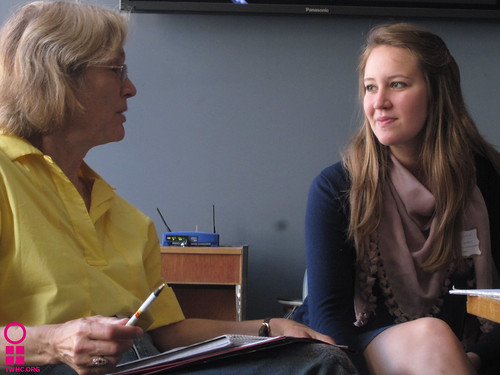 Training participants also discussed the effects of water scarcity on women and girls. In many contexts, not only are women tied to agricultural production and the way it’s influenced by water, but they often bear the primary responsibility of gathering water for families for bathing, cooking, and cleaning. So when climate change causes things like increasing water scarcity, more droughts and unpredictable storms, and uncharacteristic weather patterns, women are most affected, especially poor women and girls. In the face of these changes, women must walk farther and farther to access clean water, jeopardizing their safety and, too often, their education, to do so. Thus we begin to see that addressing water as an environmental issue dually entails addressing the promotion and protection of the human rights and empowerment of women and girls. 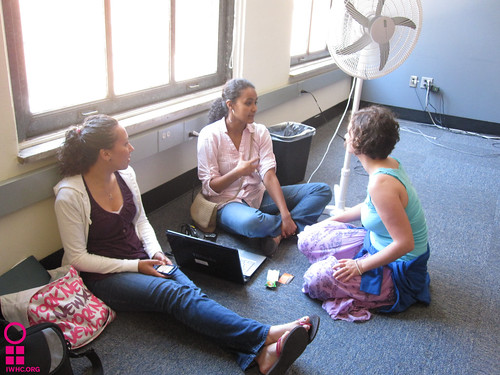 For those of you who weren’t able to attend the training, it’s not too late for you to get involved in spreading the word about the important intersections between these issues. Show your support for The Global Democracy Promotion Act, which would permanently repeal the Global Gag Rule, a harmful policy that negatively impacts the health of women, families, communities, organizations, and the environment. The Global Democracy Promotion Act would bar future administrations from imposing the rule and compromising the health and rights of women everywhere.

Use the message below, or create your own.

I understand that the Global Gag Rule has a negative impact on both women’s health and rights and environmental protection. I urge you to cosponsor and support efforts to move the Global Democracy Promotion Act. Doing so will help ensure that people have access to the full range of information and services they need to live a just and healthy life and positively impact the environment.

For the past 25 years, the rights and welfare of women and our relationship to the global environment throughout the world have depended on who is sitting in the White House. With your leadership, that can change.

The Global Democracy Promotion Act (HR 4879/ S 311), introduced by Rep. Nita Lowey (D-NY) in the House and Sen. Barbara Boxer (D-CA) in the Senate would end this uncertainty by barring future administrations from unilaterally imposing the Global Gag Rule.

Ensuring access to critical reproductive health information and services, as this bill does, will prevent millions of unintended pregnancies, stop the needless deaths of thousands of women from pregnancy-related complications, and help to slow rapid population growth through voluntary means.

Special thanks to Kim Lovell, Sandeep Bathala, and Tara Arthur of the Sierra Club Global Population and Environment Program, and IWHC’s own Ellen Marshall, for their contributions to the recent advocacy training.

Editors’ Note: This marks the 400th post ever published on Akimbo. We would like to thank our contributors and readers for your ongoing support. We’re always looking for new angles and new contributors, so email us if you have a tip or want to contribute.

2 responses to “Women’s Empowerment and A Healthy Planet”