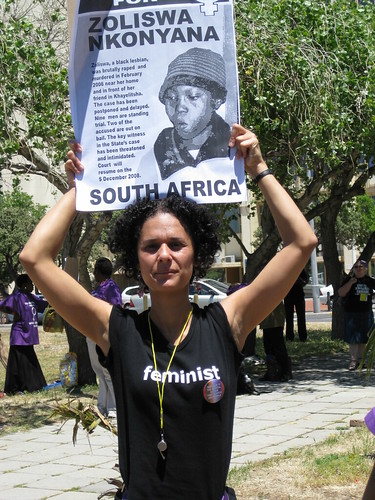 Last week in Johannesburg, South Africa, seven men were convicted of rape. The case in question has risen to national prominence and will likely continue to receive international attention as it moves towards sentencing next month. The importance of this conviction is not to be overlooked – women in South Africa may be able to breathe a little easier now that the court system has begun to show signs of life where their rights are concerned. But it has been a long, hard road and there is a great deal of distance left to travel.

It isn’t unusual in South Africa that rapists would expect impunity and lack of punishment – after all, new president Jacob Zuma gained international notoriety for his dismissive attitude towards sexual violence during his highly-publicized rape trial in 2006, which remained a public controversy up to and during his campaign. The South African leadership has been notoriously wrong-headed about sexual violence, often belittling the issue or outright dismissing and denying it, as ANC Youth Wing President Julius Malema did as recently as this January. These attitudes are especially damaging in the light of the incredibly high rates of sexual violence in South Africa, where it is estimated that approximately 50% of women will be raped during their lifetime and the most recent survey from the Medical Research Council, released this week, shows that by their own admission one in four men in South Africa have raped someone, and most of them have done so more than once. In 2005, the MRC did research showing that only one in nine rape survivors reports the attack to the police, which is especially concerning in light of the fact that half of the perpetrators brought to trial will walk free.

The survivor in this case, a now 28 year old woman known as Buyisiwe, was woken by 8 men in the early morning hours of October 2, 2005 by 8 men who kicked in her door and gang-raped her. Since that morning, Buyisiwe has relentlessly pursued justice, even when it seemed least likely. The case has undergone more than 20 postponements, withdrawals, and removals from the court rolls. Documents went “missing.” None of this, sadly, is unusual: early in the case, the One in Nine Campaign noted that research conducted by CIET Africa in 2003 into reasons for documents going missing found that 20% of dockets are stolen, lost or somehow destroyed and in 17% of cases the prosecutor and/or other court officials are bribed to destroy the case. The defendants were released on bail, and remained certain that they would be found not guilty right up until the conviction was pronounced.

The One in Nine Campaign was formed in response to these cases and others like them.The advocacy campaign, which uses its name to draw attention to the low reporting rate of rape cases, is aimed at improving rape survivors access to justice. Other groups, like IWHC colleagues People Opposing Women Abuse (POWA) and Sonke Gender Justice Network are working tirelessly to reduce levels of sexual violence and gender inequality in South Africa. Sonke has gone as far as to take Julius Malema to equality court over his statements in January. POWA and the One in Nine Campaign have been actively involved in Buyisiwe’s case, supporting her legally and personally as she is subject to endless delays to her case and threats to her life. The Justice system remains accountable for the 4 years of delays, postponements, and mishandling of this case. And the South African leadership is and should be held accountable for their contributions to an environment where women continue to work against time and hope for justice.

More pictures from the One in Nine Campaign: 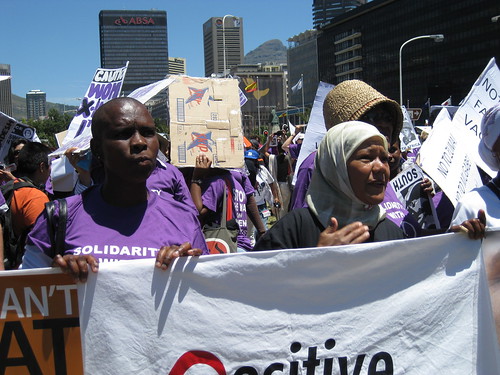 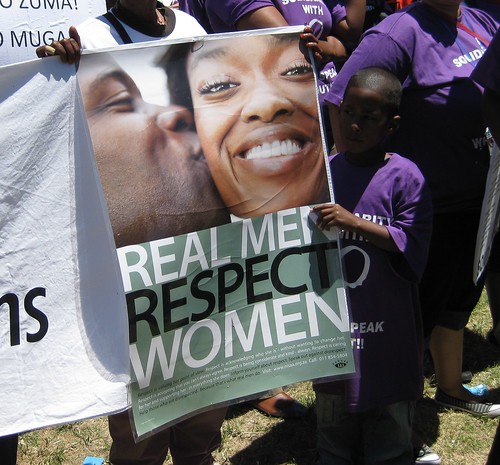 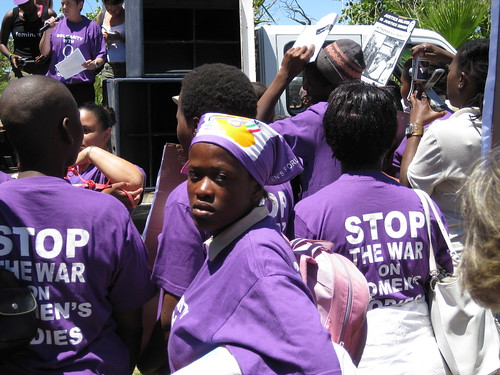 For more pictures from the One in Nine Campaign check out the whole set on our Flickr account.

Camerounian Man Jailed on Charges of Homosexuality (English and French)
What the Surrogacy Debate Can Learn from the Sex Workers Movement: Part 2