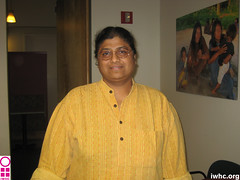 After months of speculation and stress, sex workers rights advocates have reason to celebrate this International Sex Workers Rights Day.

Last week, the Cabinet failed to approve an amendment to India’s Immoral Traffic (Prevention) Bill that would have further stigmatized sex workers by criminalizing the purchase of sexual services.

This is a major victory for sex workers and sex work rights advocates, who have been lobbying against the bill since its conception by India’s Ministry of Women and Child Development in 2006.

The bill would have shifted legislative policy on sex work from tolerance to prohibition by penalizing clients for visiting brothels. Other changes included lowering the rank of police authorized to raid brothels and make arrests, and extending the detention of sex workers to seven years. Sex workers vehemently opposed these measures, which, they believed, would further marginalize sex workers and violate their human rights.

While the political appeal of criminalizing clients of sex workers is clear, there is no evidence from any country that this is an effective strategy for preventing violence against sex workers.

Modeled in Sweden, laws penalizing the purchase of sex are being adopted in many parts of the world, despite the fact that a number of studies have shown these laws further marginalize and endanger, rather than protect, sex workers. South Korea and Nepal have imposed criminal sanctions against prostitution in recent years, and last February, Cambodia witnessed serious abuses of sex workers rights under a similar law.

India would have gone the same way but for the resilience and determination of sex worker rights activists and advocates. Leading human rights and HIV/AIDS advocates have long looked to India as a model for empowering sex workers and engaging them as key players in successful HIV prevention efforts. Thanks to last week’s victory, we can continue to push the dialogue beyond vice and victimhood to support the rights and health of sex workers worldwide.

Meena Seshu is the director of SANGRAM.